A resident-led campaign to improve where we live 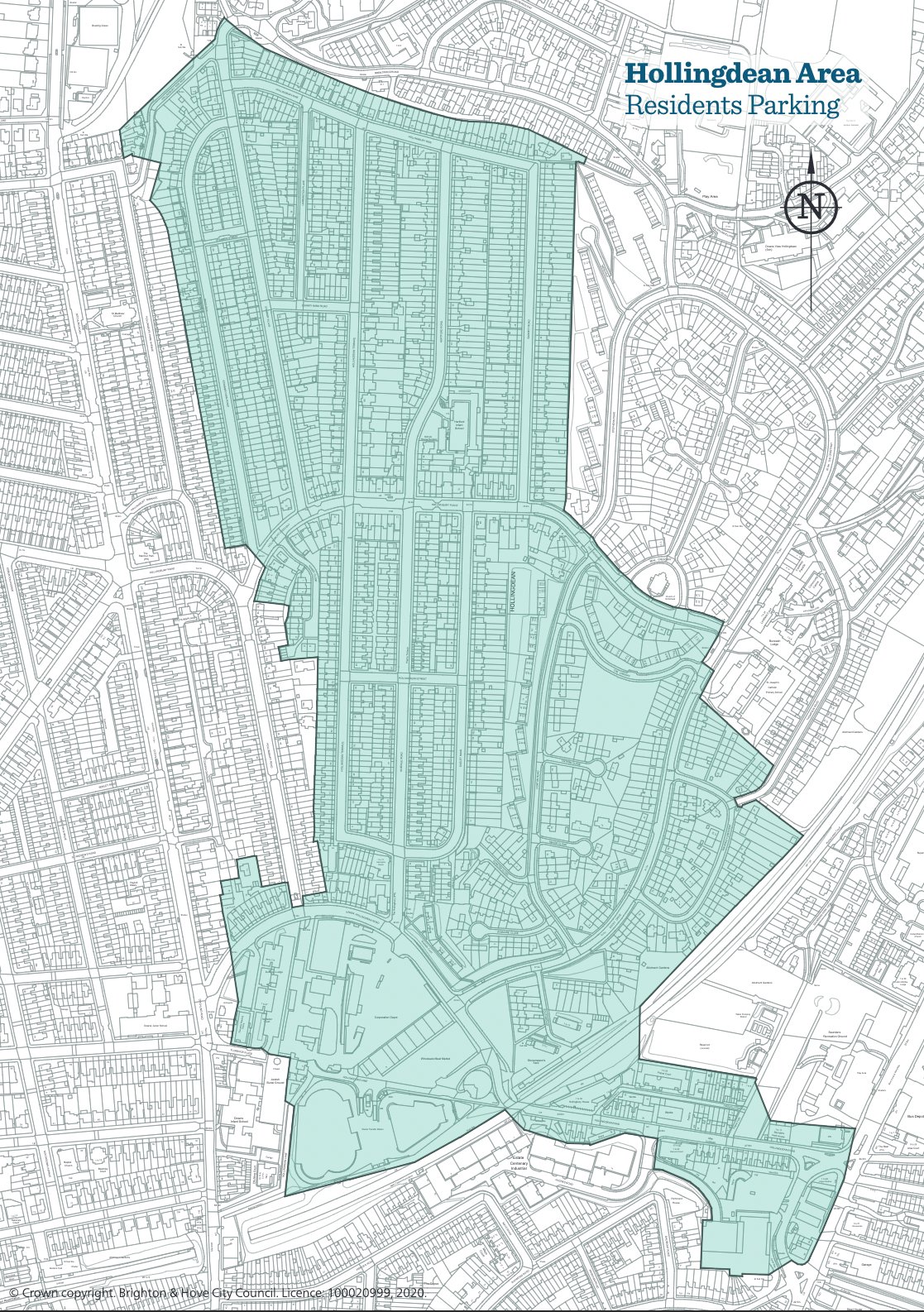 Long anticipated, the results of the recent parking consultation here in Hollingdean were published by the council earlier this month.

As predicted, more than half of Hollingdean residents voted in favour of controlled parking within our neighbourhoods.

Also as predicted, there were significant differences in the level of support across different areas of our ward. Areas to the South and West were particularly supportive (with many roads showing support in excess of 80%), whilst areas towards the East voted more modestly.

Taking this into account, it has been proposed (and is now being actioned by the council), that they focus on the introduction of controlled parking in the area of Hollingdean where support was highest.

This will be a full scheme, operating from 9am to 8pm, seven days of the week.

This is being actioned on the condition (as we requested) that those residents of Hollingdean currently falling outside of the new zone, be written to by the council and given further opportunity to join the zone should they wish; and that this should happen as soon as is possible after the zone is implemented.

The map included here shows the layout of this new zone, which will encompass the following streets within Hollingdean:

If you are a resident of one of these roads: you will be in the new parking zone.
The council will hold a second consultation shortly during which they will write to you to present the zone design and offer an opportunity to feed back.

If you are a Hollingdean resident but not of one of these roads: you will not be in the new parking zone.
It is unlikely that you will be further involved in the consultation process this time around. You will, however, be written to by the council in due course to explain your options and (potentially) offer the opportunity of a second consultation to include your roads.

We are pleased to see that council workers have already been spotted surveying the new zone. We look forward to more information before Christmas.

With the latest parking consultation for Hollingdean now complete we reached out to council officials in the 'Parking Design & Implementation' team for comment. Although a significant amount of analysis is yet to be undertaken, and no official results will be published for some time, they were able to comment that results appeared to be 'significantly in favour' of a scheme within Hollingdean.

This means that work to design a suitable scheme has begun, and which will be presented and considered at the next Environment, Transport and Sustainability Committee on 20th September. Full results will be available on the council committee page approximately a week prior to the committee meeting.

Whilst it is not possible to draw further conclusions at this time, it seems extremely likely that we may see (at least in part) the introduction of controlled resident parking in the following months.

It is important to remember that Hollingdean is a large and diverse ward within Brighton. Parking has been a contentious issue here for many years; areas of Hollingdean that border existing parking control schemes in Fiveways and Lewes Road in particular have been outspoken on the issue for many years. Conversely, areas of Hollingdean further North and East (and in particular in the estate itself) have seen very little problems.

This has historically led to a significant split in residents who are desperate for, and who are strongly against, controlled parking within their area.

We expect the council to treat the results of this consultation on a more granular level than seen previously. Rather than introducing (or not introducing) permits across the ward, this would potentially mean new schemes on streets or local areas where support is highest (mainly to the South of Hollingbury Place, and to the West of Hollingdean Terrace), and perhaps not where support has proven to be lower.

We feel that this would be a fair solution to a democratic process. However, it would also likely mean further displacement of non-resident parking into areas of Hollingdean (and surrounding) where parking remained uncontrolled.

We wait to hear more from the council in the coming weeks.

Have you received a flyer putatively from us through your letterbox or under your windscreen wiper?

To avoid any doubt: these are not from One Hollingdean, we do not, and have never, used door-to-door marketing in this fashion.

Moreoever, we do not agree with, nor support the contents of these leaflets and believe them to be inappropriately alarmist, quoting costs and consequences which simply are not true.

As a local, resident-led campaign, we strongly support the introduction of restricted residents parking within our neighbourhoods, under certain considerations.

As far as we have been able to tell, these flyers originate from a group of individuals whom are not residents of Hollingdean, and do not have local interest at heart. These are people who benefit from being able to park on our streets for free: to store their second and third cars here, store their works vehicles and campervans, and use Hollingdean as a stepping point in their commute into the city.

We maintain that introducing controlled residents parking in Hollingdean will significantly improve the quality of life for our residents. It will reduce traffic, reduce pollution (both air and noise), and it will make our roads safer.